After the elimination of the Islamic State in Eastern Syria, the group has strived to maintain both a physical and a media presence in many areas across the the world- even claiming new affiliates in Africa. However, it's power base remains in it's original heartlands- Iraq and to a lesser extent, Syria. Iraq remains both the financial and organisational lynchpin of ISIS, whilst the much lesser freedom of operation caused by the destruction of the physical caliphate (Tamkin) has dramatically decreased the volume of combat footage released, the group continues an insurgency in Iraq, in areas such as Ramadi, Diyala, Kirkuk, and the subject of this article, Fallujah.

Whilst Fallujah is a historic hotbed of insurgency dating back to the invasion of Iraq in 2003, recent activity by ISIS in the area has been somewhat muted in terms of media, even though assassinations of mukhtar (Village/Community leaders) and PMU figures, as well as IED attacks continue.

This activity hasn't been deemed worthy of a video release from ISIS since 2017, and a video released on June 2nd 2019 is unexpected. The video, entitled "Then They Will Be Overcome", is ripe with both nostalgic references to the history of the city when controlled by the group, and new footage of attacks from December 2018 through to May 2019. Some of these attacks have been documented though video stills released by Amaq, a semi-official news agency of ISIS previously.

The media is demonstative of a somewhat lower level insurgency (Albeit sophisticated) compared to the peak of the group's power, or even compared to recent footage from West Africa. Despite this, the activity of ISIS continues in the area, clearly designed to distrupt the functioning of the Iraqi state and to prepare fertile ground for the regrowth of the group in it's core areas.

This article will focus on interesting or unusual aspects of arms shown. The video is an unusually direct look at the small "action" cell of ISIS in Fallujah, which is likely supported by others in terms of Financing, intelligence and so on.

This ISIS cell, like many others in Iraq, use the most common weapons available in the area. This is typically the AK and M16 series, although the latter is generally more popular. Both are very widely available for sale in the country. M4-type assault rifles can also be seen- these are typically in the hands of leadership figures, in particular with an ACOG optic attached. It's highly desireable for ISIS cells, even operating in limited circumstances, to appear with what's perceived to be the latest arms of the American aggressor.

In the below image, M16A4 (Given in their thousands to Iraqi security forces by the United States), M4 Carbine with ACOG, and AK with jungle-taped magazines can be seen. This scene is likely composed for maximum symbolism, with American arms clearly shown off, along with suppressed Glock. Also to be seen is an AK with jungle-taped magazines, a very popular practice for irregular groups across the Middle East.

Curiously, a PSL rifle complete with optic can spotted behind the group. Whilst this is is never seen in use, it is a deliberate reminder of the long range capability of the cell. It's framing, directly between two militants, is a clear choice.

The use of suppressors, primarily attached to Glock 19 Gen3 pistols, is a very prominent part of the video. The suppressors pictured are standardised- indeed, they are of a certain design that has remained consistent in ISIS hands through Syria and Iraq for over 4 years, with the design first highlighted in a video from ISIS in Baghdad in April 2015. These suppressors have consistently been seen in the hands of the group prior to and since that date.

Whilst it's unclear if the suppressors are still produced following the collapse of the territorial caliphate, their relatively advanced design (Utilising milled "K" baffles) ensures that they are relatively effective.

In this case, the suppressed Glock is used the most of all the firearms shown by this small cell, to assassinate enemies of the group. As the group is generally operating in an urban (Or semi urban) area, under the control of the Iraqi state, the suppressors have great utility to avoid alerting suspicion. Suppressed pistols also have a great psychological affect, conjuring the image of a covert enemy that can strike anywhere, any time. Given the unusual focus on the attachment of the suppressor, as well as the operation of the pistol, this is not lost on the media team that produced the video.

Also seen suppressed is at least one M4-type carbine. Wielded by masked and gloved attackers against a tribal figure, this is an extremely effective combination for covert operation in territory that is controlled by ISIS. Suppressed firearms are generally rare in Iraq (Possession of a suppressor carries a heavy punishment) and even security forces are very rarely seen in utilising them.

There is no indication that the entire raiding squad was using suppressors (In a raid on a meeting in the Dabatiyah area, only Glocks were suppressed, and likely a single one at that). This may indicate an inability to manufacture the suppressor, as an entirely suppressed squad is both practically highly desireable and also carries greater propaganda value- the suppressor(s) seen may be a remnent of the standardised industrial production of suppressors when the group controlled extensive territory in Iraq and Syria.

Alternatively, the intelligence gathering abilities of the group in the area may be advanced enough that they are aware if/when suppressors are needed- at least one M16A4 spotted has a bare muzzle, usually indicative of suppressors being in common use.

The militants can also be spotted carrying thermal optics mounted on one rifle. This appears to be the Pulsar Apex XD50, a very popular commerical hunting optic. It also has a Pulsar EPS-3i battery pack mounted, along with being wrapped in some form of tan camo tape.

The use of thermal optics is popular with various groups in the region, not least ISIS (See The Desert Insurgency: Arms of ISIS in Anbar, Iraq, December 2018), and is extremely useful for surveilling targets in low light conditions or at night at intermediate ranges. This rifle is never seen used, but similar rifles are very valued by insurgents, and provide a capability that often even state forces lack. Despite this, these optics cost only in the region of a few thousand dollars internationally, and can easily be used and charged in remote regions.

It's likely that this optic was used (At a distance) to initially check the site for any resistance or movement before raiding the target- as the main long guns of the cell did not appear to be suppressed, this is very important to avoid unwanted attention, as a prolonged firefight is not in the interest of the group. (For more on these tactics, see these fascinating articles by Aymenn J Al-Tamimi)

It is notable that even a small and relatively low-activity cell is utilising thermal optics, suggesting a rather direct advantage vaunted by them.

ISIS in Fallujah are not ususual or atypical of ISIS operations in Iraq- rather, they are typical of an insurgent network utilising the funding and technological remnents of their territorial control to assist in their low-level attacks. The use of suppressors, thermal optics, and modern American arms is both typical and very effective, utilising relatively low-cost items to achieve an asymetric advantage against security forces, although almost all attacks shown seemed to have almost no armed response. As ISIS continues it's efforts to regrow in it's heartlands, Fallujah is merely one portion, but their recent media is an excellent view of the tactics and equipment of a advanced covert cell making the best use possible of commercial optics, black market firearms and indigenous developments to be as effective as possible.

Although the much-vaunted "territorial caliphate" is no more, the terrorist group clearly has plotted a path of destabilisation, and such equipment is key to this campaign, even though in this case it is in a rather small scale.

The Islamic State in East Asia (ISEA) is a branch of ISIS that is unique in many ways, from its weaponry and location of operations, to its membership. ISEA is active in the Philippines and other countries in South East Asia (such as Indonesia), but in this article I will 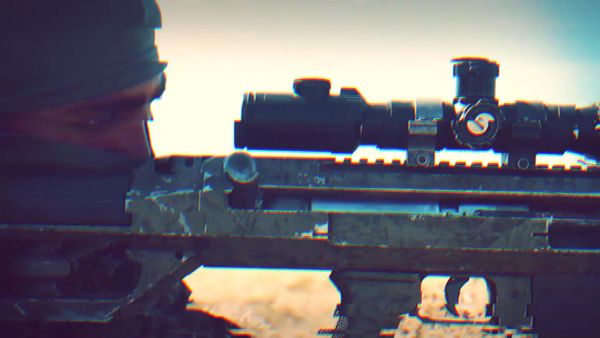 Over the long period of the Syrian Civil War, one particular weapons system has become the most prominent on the side of opposition and rebel forces. This is the ATGM or the Anti-Tank Guided Missile. However, the topic of ATGM use has been amply covered by multiple writers so I’ 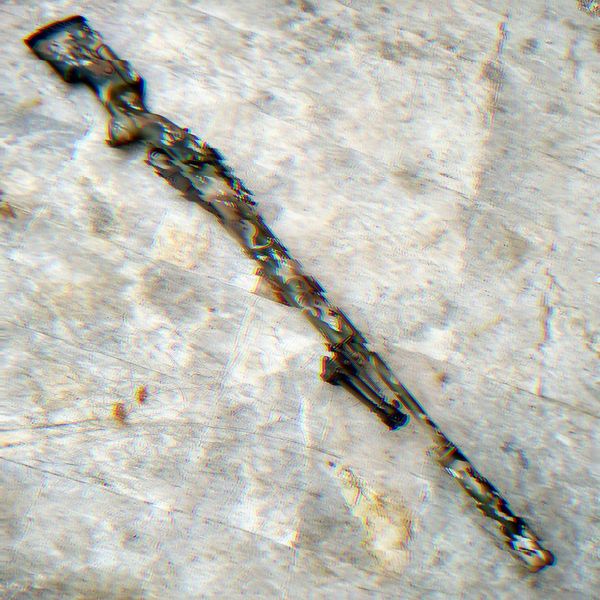 Following on from my previous work in 2018, in this post we'll be taking another look at the sale and use of suppressors in the Middle East among non-state groups. There's various technical aspects and occurances that I have discovered since my original post, this will attempt to cover them.