The recent clashes between Israel and armed elements in Gaza have lead to the usual release of various propaganda/martyrdom images. In themselves they are not particularly awe-inspiring, but the weapons that Hamas/Palestine Islamic Jihad and Izz ad-Din al-Qassam Brigades have chosen to show in these images for deaths are rather interesting, especially when we think about the impression that these are designed to give- the weapons on display do not necessarily align with standard operational use by these groups. I'll review a few images below.

This is an expansion of an earlier Twitter thread of mine, with additional detail. It's more quickly written than my other work, and goes into less depth. 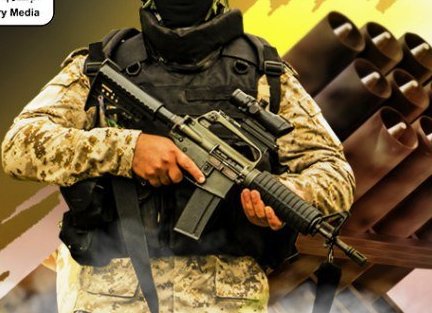 This is a short M16 variant- but not just any. This is the "Menusar", an Israeli creation. A US-Supplied Colt 603 (M16A1) with a chopped barrel, collapsing stock, A2-style handguards/pistol grip, and fixed carry handle (Original from the M16A1). There is also ACOG or clone mounted on the carry handle. This way of mounting the optic is a necessity as the carry handle cannot be removed- Newer M16 family variants that are sometimes shown in use by Israel and these groups (M4 Carbine variants, for example) have removable carry handles with a Picatinny rail for direct optics attachment.

The image above is an example with a 12.5" barrel. There were other lengths- 14.5", 13.5" etc being common too- these carbines aren't very standardised and different combinations of stocks, handguard, UGL, and barrel length, as well as base rifle seem to be the norm. 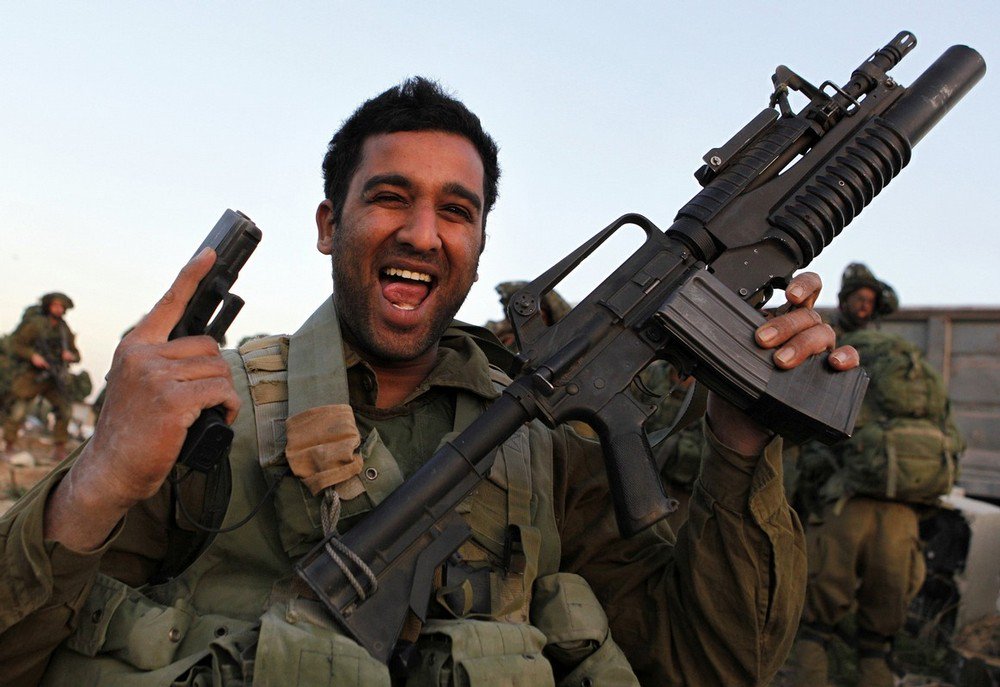 Above is a variant in Israeli service with a 13.5" or similar barrel. (Thank you to Charlie Gao for correction) Sources online say 11.5" exists, but 5.56 ballistics begin to suffer at that length, so that configuration doesn't seem as common. As to sourcing, Gaza militants of course use captured examples, but there is a large underrepported issue with black market theft/sales of IDF rifles by Organised Criminal groups, so there is a variety of ways that these rifles could make their way into these group's hands. We can't also discount the possibility of procurement/modification of original Colt 603/653 models by these groups, apeing those carried out by the IDF, but there is no evidence to prove this, so it's safe to assume that these are ex-IDF examples judging by the parts and condition, as well as Gaza's proximity to Israel. 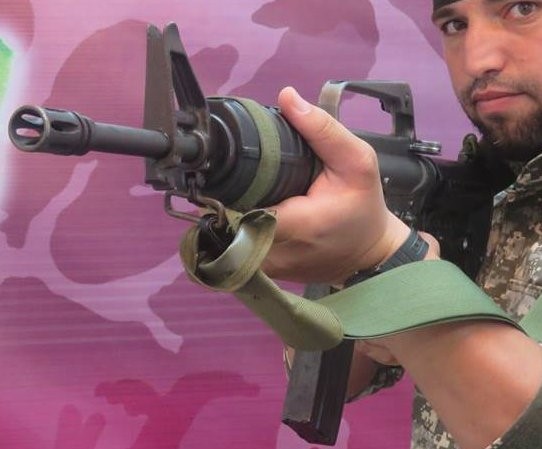 The clearly visible sling seen above is somewhat unique to the IDF too, and the Izz ad-Din al-Qassam Brigades member here (Ali Ghandour) has retained it so this is clearly an ex-IDF example. This is a very interesting Israeli M16 variant- and can be hard to tell as M4 carbines & CAR-15s exist within the IDF also.

Some additional examples of this IDF-customised platform in recent images from Militant Groups:

(Note the cheap Chinese Red Dot again mounted on the Carry Handle. This appears to be 12.5" Length.) 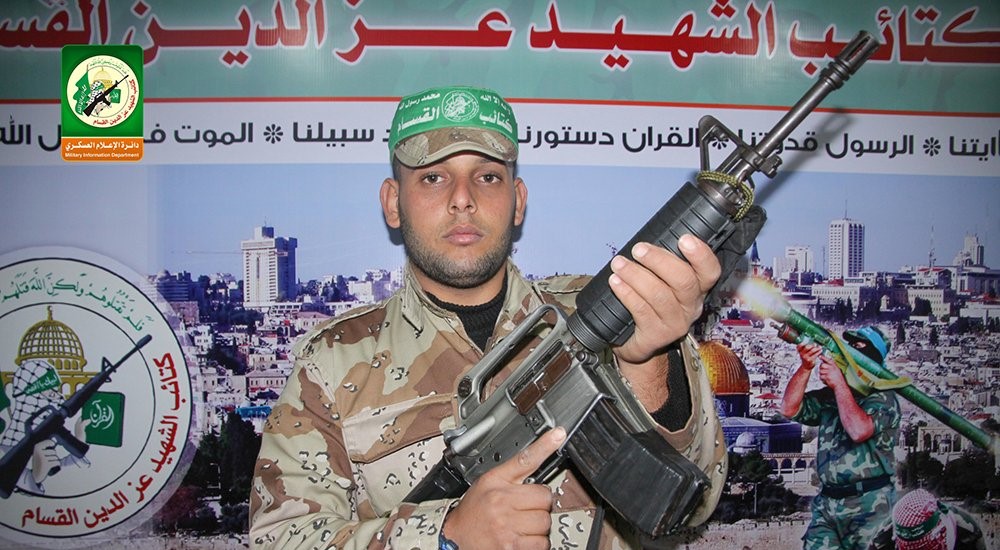 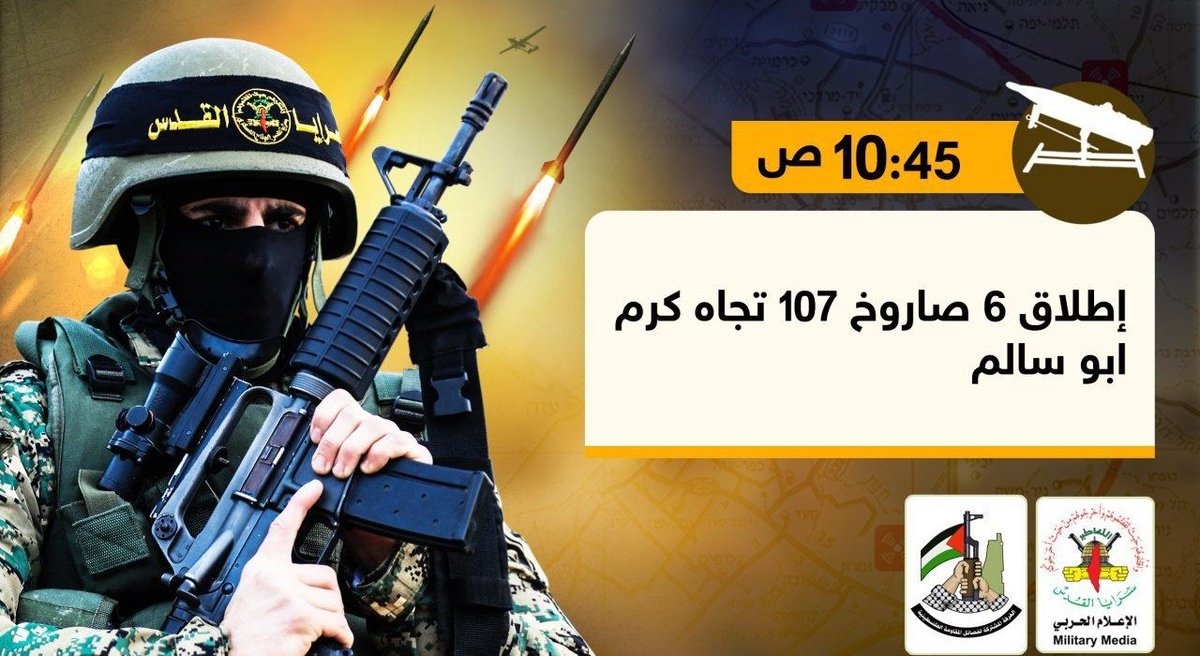 (Note the ACOG Clone mounted on the carry handle, and the comparative good condition of handguard and magazine in comparison to the rifle itself.) 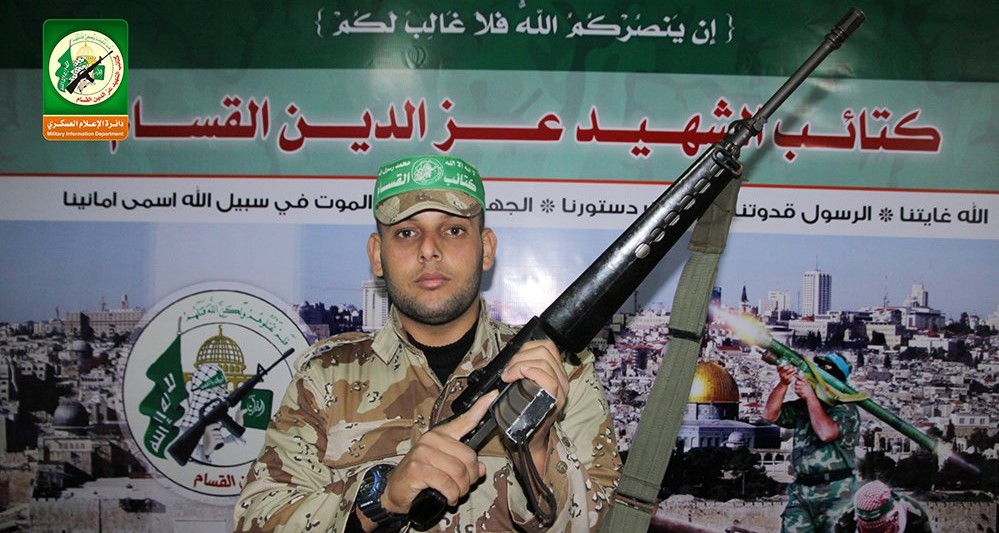 (This appears to be a full length M16A1/Colt 603, so isn't technically a IDF carbine, but is still of interest- note the Triangle Handguard and Scope Mounted. This may be used at longer ranges than the shorter barrelled examples above.)

(Another Full length M16, M16A1 with A2 Handguards, with the distinctive IDF sling.)

As an aside, here's an ex-IDF example for sale in Idlib, Syria. Only $900 USD, but it's pretty worn out, with a snapped bolt release and very worn finish. 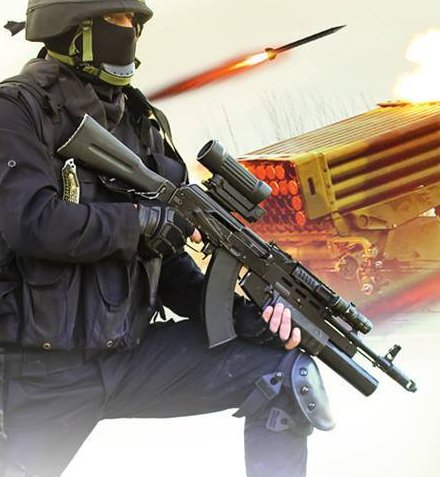 Here's a rather different weapon. This is an AK-103, a 7.62x39mm version of the modern russian AK-74M. Armed groups in Gaza show this often in their parades and public activities, as it's appreciably and obviously newer than the typical worn out Type 56 or AKMS. This comparatively modern platform brings various improvements over older AK models, namely optics mounts, solid side folding stocks, improved accuracy and of course a much more recent date of manufacture, even if the basic design remains the one Mikhail Kalashnikov finalised in 1947.

This weapon could come from a variety of sources, Libyan Leakage being likely (In that case, AK-103-2 variant) another being Iran, which is known to have purchased them from Russia. However, ARES has a fantastic report on this and FN F2000 in Gaza that I'll link below- the Gaddafi regime purchased a large number of modern small arms during the short time that Libya wasn't subject to international sanctions, and a number of these weapons ended up in the hands of Gazan groups. There's a UGL, Optic, Light and railed foreend on this rifle.

The Underbarrel Grenade Launcher is more obscure- it's a Romanian AG-40 in 40mm. This is usually seen on the Romainian AIMS series of AKM and AK-74 clones, and isn't seen very often.

The optic in this case is the C79, or perhaps a chinese clone. The AK-103 is often seen in these propaganda pictures, but the rank and file are far more likely to carry the Chinese Type 56 or other AKM clone, which looks decidely less sexy- here's a recent image of some more typical militants:

Identified from Left to Right:

This is decidely less impressive- There's no clear AK-103s with optics or UGLs here! In fact, these propaganda images utilising the AG-40 could be utilising a very small pool of examples. In my opinion, the use of modern AK platforms with optics and UGL is a clear attempt to give the impression of parity with modern militaries, even if the reality is much different to this. This of course is significant in terms of propaganda.

Here's some more recent examples of the AK-103: 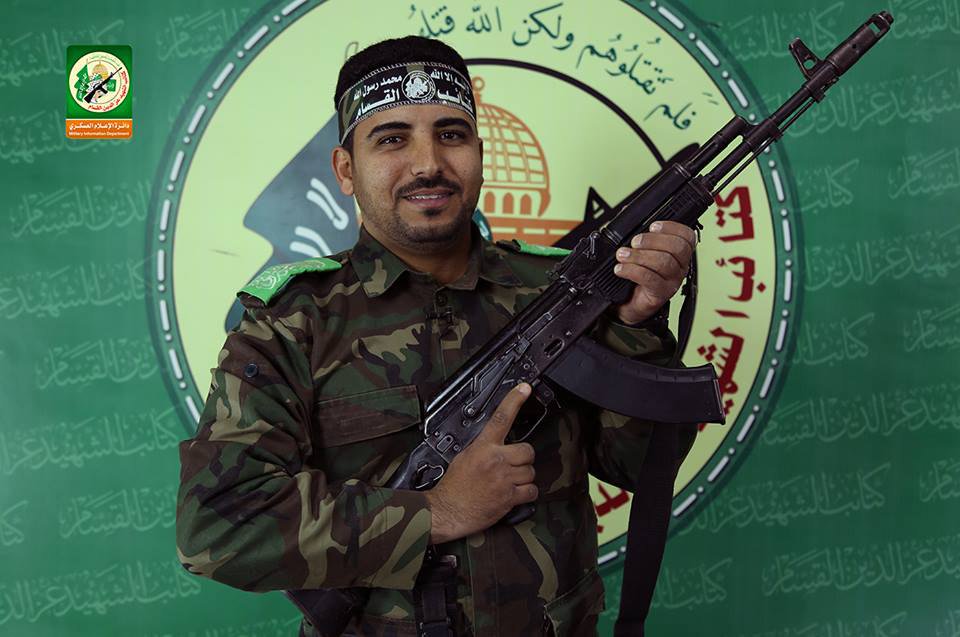 (Note the strange M16 Carry Handle welded to the dust cover, with a optic added to that. A much more effective method would simply be a railed dust cover. I suspect this is much more for looks than for effective use!)

Here's an "abomination" (As desribed by @AbraxasSpa)

This contraption appears to be an amalgamation of parts, possibly not functioning.

If you have an idea of what it is, please let me know. 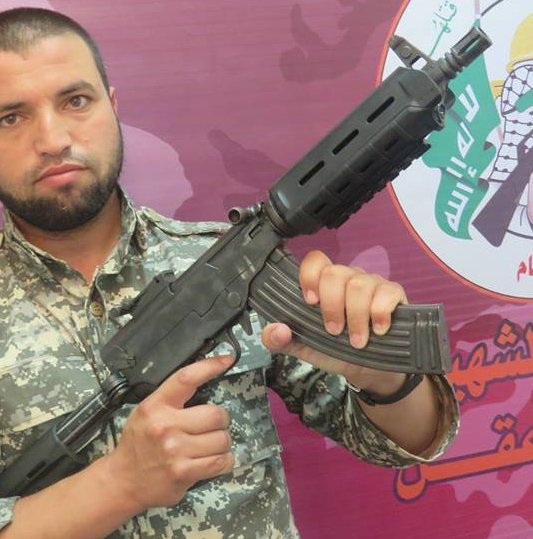 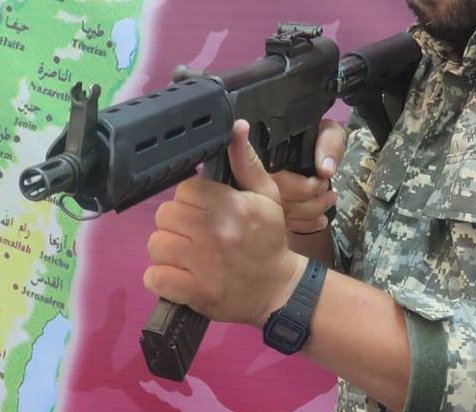 An interview with one of the most prolific and well-known rebel ATGM operators in Syria, or indeed globally.

Thermal and Night vision optics have been a factor in combat in Syria for years, but ever since the Winter 2019-Spring 2020 fighting which saw opposition factions lose large quantities of territory, the ability to fight at night (or lack of) has come into sharp relief for factions there, in

I have covered the weaponry and capabilities of the Islamic State's Wilayah West Africa in extensive detail throughout this series of article. This has consisted of pieces regarding the arsenal of ISWA in 2018 and 2019, (in I which predicted further development of the conventional arsenal of the group), as